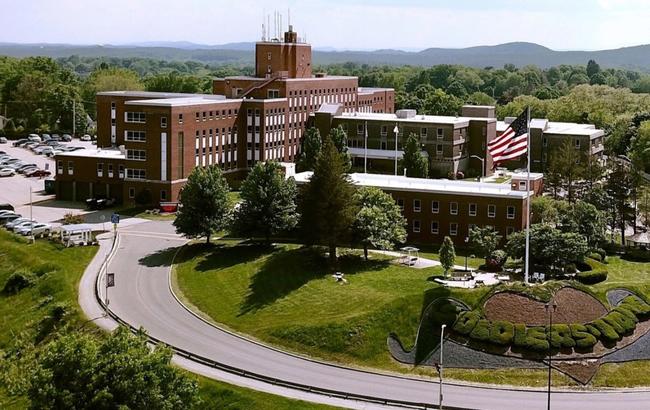 The state of Massachusetts is getting a jump-start on the…

One of the biggest contributing factors to the virus’s lethality during the early days of the US coronavirus outbreak was the fact that several states, particularly New York, New Jersey and Massachusetts, failed to secure nursing homes and other facilities where large numbers of vulnerable patients were treated.

And as federal prosecutors look into policies like the disastrous decision to require hospitals to return COVID-19 positive patients to the long-term care facilities where they lived, a policy adopted in NY and several other states, Massachusetts prosecutors are getting a jump on the scape-goating by prosecuting the top administrator and chief doctor of a state-run veterans home that was simply overwhelmed by the virus during the early days of the outbreak.

According to the New York Times, Bennett Walsh, 50, and Dr. David Clinton, 71, were indicted Thursday by a state grand jury on charges related to their work at the facility, the Holyoke Soldiers’ Home in the city of Holyoke. All told, 76 staff and patients died at the home (mostly patients) which housed poor veterans from wars dating back to WWII.

Each man was indicted on five counts for two charges; the specific charges were for caretakers who “wantonly or recklessly” permit or cause bodily injury and abuse, neglect or mistreatment of an older or disabled person.

Lawyers for Mr. Walsh and Dr. Clinton, of Springfield and South Hadley, Mass., could not immediately be reached.

As staff members called out en masse and the coronavirus spread like wildfire through the home, the administrators made some desperate decisions that led to patients being crowded into new wards, with COVID-positive, and non-positive, patients mingling without any protection.

The state a few weeks ago released a lengthy report detailing everything that went wrong at the home. But for those that didn’t read it, the NYT has a quick recap.

Investigators focused on the events of late March, when staff members combined two dementia wards with infected veterans and healthy residents, “increasing the exposure of asymptomatic veterans to the virus,” the attorney general’s office said.

Because of staffing shortages, the facility consolidated the units, which had a total of 42 residents who had different Covid-19 statuses, the office said. Residents who were positive or symptomatic were placed six in a room that typically held four veterans, it said.

Residents believed to be asymptomatic were placed in nine beds in the dining room, where they were “a few feet apart from each other” and next to the room where the infected patients were, it said.

One employee of the facility told investigators that the decision to merge wards was “the most insane thing I ever saw in my entire life,” according to a report released months later.

“The residents in the consolidated unit were allegedly mingling together, regardless of Covid-19 status,” the office said, adding that this decision was reckless from an infection-control perspective, and placed the asymptomatic veterans at “an increased risk of contracting Covid-19.”

Employee described the decision to combine the wards in horrifying terms. Even patients believed to be asymptomatic were crowded in rooms with only a few feet of space between them, and not far from the infected patients.

One employee of the facility told investigators that the decision to merge wards was “the most insane thing I ever saw in my entire life,” according to a report released months later.

“The residents in the consolidated unit were allegedly mingling together, regardless of Covid-19 status,” the office said, adding that this decision was reckless from an infection-control perspective, and placed the asymptomatic veterans at “an increased risk of contracting Covid-19.”

In June, investigators released a 174-page report that depicted a facility in chaos, excoriated the decision to combine crowded wards and described conditions in nightmarish terms. In addition to cataloging a series of errors in protecting residents, the report quoted people who worked at the facility, including one who said it “felt like it was moving the concentration camp, we were moving these unknowing veterans off to die.”

Though deaths in the US have turned higher over the past week or so, the virus’s mortality rate has fallen significantly since the spring, as younger people bear the brunt of it. But we’d certainly like to know what the state was doing – if anything – to ensure homes like the veterans home in Holyoke had enough resources to protect their residents.