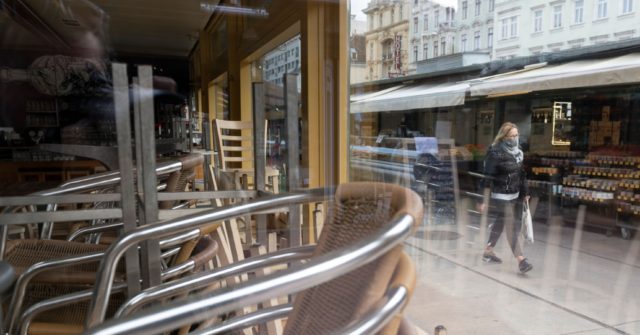 Nearly two-thirds of Austrians believe that the economic consequences of Wuhan coronavirus lockdowns and restrictions will be worse for people’s lives than the virus itself.

An Austrian Gallup Institute online survey of 1,000 Austrians found that 65 per cent of respondents agreed with the statement that the economic consequences of the Wuhan coronavirus lockdowns would destroy the lives of people more than the virus, up from 41 per cent the year before.

The February 2021 poll also found that Austrians have become less confident in the government’s approach to the pandemic in comparison to governments of other European Union member states, with just 28 per cent saying Austria has done a better job than other EU countries, ORF reported on Monday.

According to the broadcaster, Austria has seen far more economic damage due to the pandemic. The country more heavily relies on the tourism sector compared to some other EU members and  a lot of Austrians were spending abroad with the rise of online shopping trends.

Police in Austria have banned 15 of 17 planned demonstrations against government coronavirus lockdown measures, including a major protest in Vienna this weekend. https://t.co/wEAxS6VlTA

Andrea Fronaschütz, head of Gallup in Austria, commented on the results, saying: “Among more and more people, there is a feeling that there will be no return to the status quo, but at the same time the future is uncertain. As the existing coping mechanisms prove to be inadequate, there is a great deal of openness to new perspectives.”

The slip in the confidence of the Austrian government’s approach to stopping the spread of the Wuhan coronavirus comes after several large protests against the lockdown restrictions in Vienna in recent weeks.

At the end of January, an estimated 10,000 people took part in an anti-lockdown rally in the Austrian capital, despite a government ban on large protests.

On Monday, Austrian Chancellor Sebastian Kurz announced that beer gardens might be opened at Easter in most of the country. The Vorarlberg region, which has a low number of coronavirus cases, could see some restrictions lifted as early as March 15th.