100 years on: the founding of the Communist International 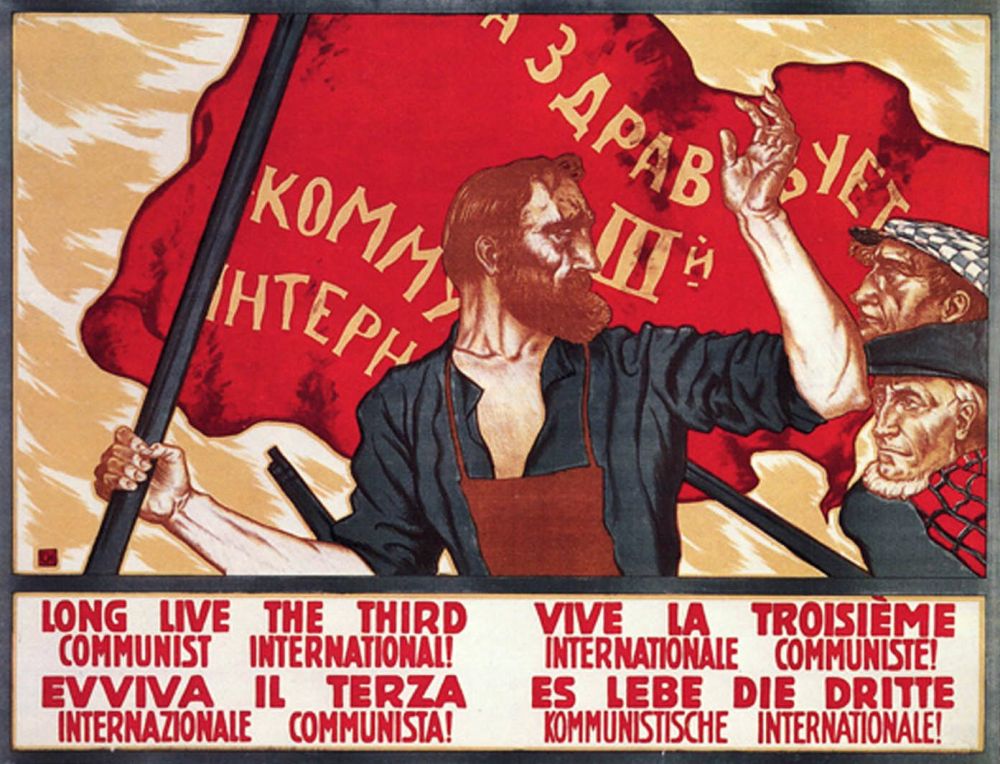 A century ago, on 2-6 March 1919, the first congress of the Third International took place in Moscow. This marked the birth of the Communist International, which became a vital school of revolutionary ideas and strategy. Rob Sewell (editor of Socialist Appeal, British journal of the IMT) looks back on this momentous event.

“I got to the theatre at about five, and had difficulty in getting in, though I had a special ticket as a correspondent. There were queues outside all the doors. The Moscow Soviet was there, the executive committee, representatives of the trade unions and factory committees, etc.

“The huge theatre and platform were crammed, people standing in the aisles and even packed close together in the wings of the stage. Kamenev opened the meeting by a solemn announcement of the founding of the Third International in the Kremlin. There was a roar of applause from the audience, which rose and sang the ‘Internationale’ in a way that I have never heard sung since the all-Russian assembly when the news came of the strikes in Germany during the Brest negotiations.”

These are the words written by a British eyewitness, the journalist Arthur Ransome, to the celebration of the founding of the Communist (Third) International, held at the Bolshoi Theatre in March 1919.

Moscow was still in the last grip of winter. “Moscow lacks fuel,” wrote Jacques Sadoul, a French consultative delegate. “The congress delegates shiver. Moscow has been on meager rations the last two years. International comrades do not always eat their fill…”

51 delegates from more than two dozen countries – many of who were smuggled across the imperialist blockade and barbed wire – attended the founding congress of the new international in Moscow. That this small number made it was remarkable in itself, as the gathering was deemed “illegal” by the blockaders. As a result, some delegates were arrested and did not make it.

The Third International was born out of the great betrayal of the First World War and the electrifying events of the Russian Revolution of October 1917.